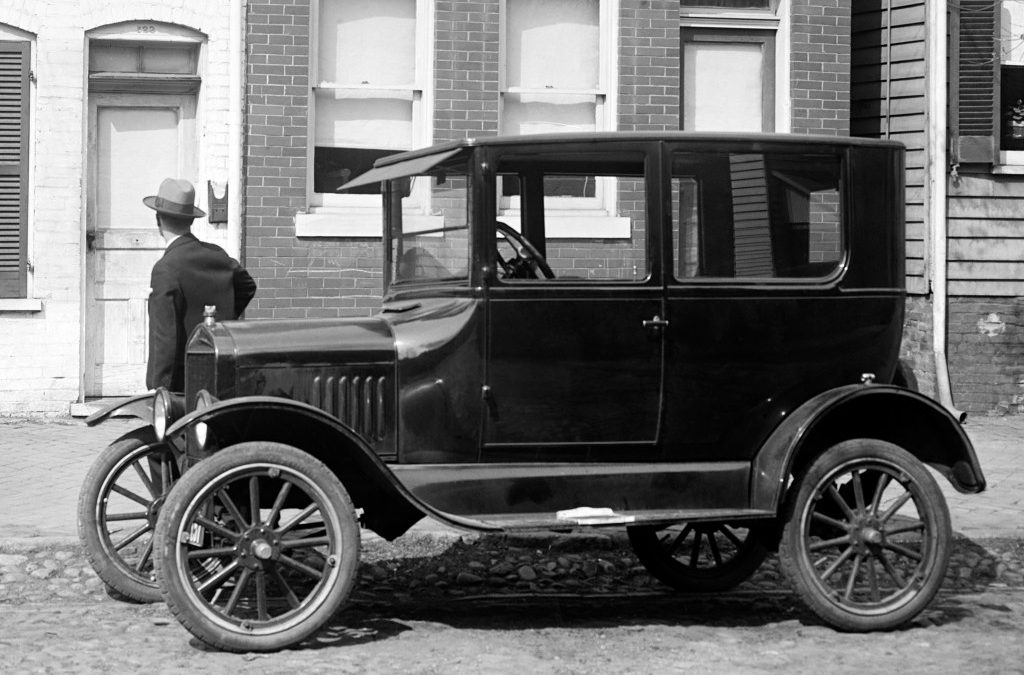 I thought this was a pretty romantic reunion scene, but then tempers began to rise between Jerry and Ernie, and I knew there had to be a more dramatic entry. So this one got set aside, but you can enjoy it here. At this point, Adele had a little brother, who did not appear in the final book.

A man stood on the slope, overlooking the water, his profile darkened by the setting sun, and Adele was instantly on guard. It was too cold for someone to be there without a reason. And with all the chaos on the river with the rumrunners, it could be anyone. These days she saw more monsters in the shadows than ever before. She hated the new fear that lurked inside her. It wasn’t fair that she’d felt safer at the war than she did walking home on her own.

She stepped as quietly as she could, staying out of his line of vision, and he didn’t notice her approach. His concentration seemed entirely absorbed by the sweet bloom of orange and peach on the western horizon, spread across the sky, its reflection a glorious painting on the Detroit River’s dark canvas. Thin wisps of cloud caught the remaining light, brimming with a fading yellow glow. A perfect sunset was a thing to be cherished, but she couldn’t stop to soak it in. She didn’t want to disturb the silent observer ahead.

He must have heard the swish of the grass against her boot, because he suddenly looked her way.

She wondered how long he’d been there by himself. Was he waiting for someone? “Glorious night, isn’t it?”

He turned toward the spectacle, giving her a full view of his profile, and she stopped short, her surprise quickly warming to delight. She knew that profile. She knew every line cutting across his scruffy cheek.

He faced her straight on, startled, then his eyes widened along with his smile. “Why, I know you,” he said slowly. “Adele, isn’t it?”

“I can’t believe you remember me, after all this time,” she said, her cheeks suddenly warm despite the chill. “How are you?”

“How could I forget you? You saved my life.”

“Hardly. That was the surgeon. I only followed orders.”

“And you read to me. I wouldn’t forget a thing like that. I never got to hear the end of the story, though.”

She laughed, hugging herself against the cold. Suddenly she was so happy, she didn’t care if it started snowing. “Oh, well, I’d be happy to tell you how it ended.”

“Wow. I didn’t think I’d see you again,” he said, watching her closely. “I mean, you did say you lived near here—”

“Yes. I’m just on my way home. But you’re from Windsor, aren’t you? What are you doing way out here?”

He paused, then he lifted his shoulders. “It felt like a night for driving, I suppose.”

She understood that. Windsor was always so brightly lit, it must be difficult to see the evening’s colours. So many people. And it was so loud there, with all the speakeasies and parties going on, all the fast cars and women.

“I’m well enough.” He tucked his hands under his armpits. “Listen, it’s nice seeing you, but I don’t want you to get too cold. Now that we’ve run into each other, maybe we could see each other another time? Where you can be warm?”

“It is cold, isn’t it?” The trouble was, she wanted to keep talking with Jerry Bailey. The way her heart was pounding, she’d stay here all night if he wanted.

“Maybe I could drive you home,” he suggested, and her heart gave a little leap at the offer.

“Oh, no. That’s completely the wrong way for you.”

He shrugged again. “I don’t mind.”

“Well then, the least I can do is offer supper. Would you like to join my family and me?”

The sun had dropped, taking all the colours and warmth with it, but she could still see that soft, hesitant smile she remembered from before.

“I’ll never turn down an invitation for supper,” he said. “Let’s go before we freeze.”

He walked beside her on the trail to his car, parked a short walk away, and she shivered in the night air. Seeing that, he slipped out of his coat and held it out. She tried to tell him there was no need, she was perfectly fine, but he held it out patiently. Her arms slid into the rough, woolen sleeves, warm with his heat. When they reached the car, he opened the passenger door for her, then he went around to the other side and climbed in.

“My house is only about five minutes from here,” she said. “Are you hungry?”

She watched his left foot press the pedal, putting the car in neutral, then his other foot squeezed in to push the middle pedal, reversing the car. It always amazed her that men could run these things, considering the way those little pedals disappeared beneath their massive boots. He turned the car around, adjusted the throttle, steered them onto the road, then she pointed ahead and he headed toward home.

“It’s just up this way a bit,” she said over the engine noise.

He nodded, and she suddenly wished she knew what else to talk about. It had been so much easier under the big tent, with plenty of nurses, doctors, orderlies, and injured men around. She’d known the things to say to men. Out here in the real world, she struggled.

“How are you finding being home?” he asked finally.

She was relieved he’d started the conversation. “Oh, it’s good to be back, isn’t it? So nice not to always feel like someone’s trying to kill you.”

The right side of his face was all she could see, and in this light she thought it looked all right. She couldn’t help being curious about the scar, since she’d been there for its creation, after all.

“That’s my house,” she said, pointing at the golden glow coming from their kitchen window. “I hope you’re not too worn out, because my little brother is probably going to talk your ear off. He loves meeting people.”

“He’s nine. He was pretty sick last week, but now that he’s better there’s no stopping his constant talk.”

“It is now, yes. My sister is married and living in Toronto.”

He parked outside the front door, and Adele shivered slightly with nerves as he came to open her door. She’d thought of Jerry Bailey so often, even imagined what it might be like to see him again one day, but never this close to home. He walked behind her to the front door of the house, then they both reached for the handle at the same time. She pulled her hand out of the way, letting him open it, enjoying the strange but nice sense of being welcomed into her own home by him.

The door opened into the short hallway with the sitting room on the left, kitchen on the right. Beyond it was the dining room, where they would all soon gather. Adele led the way toward the kitchen, where her mother leaned over the stove, stirring something.

“Allô, Maman,” she said, taking Jerry’s coat off her shoulders and hanging it on the rack.

In the light, his scar was on full display, and she noticed he ducked his chin or turned the other side of his face toward people when introduced himself. Strangely, she was almost happy to see the scar, with its fading pink lines. It was a reminder of what had brought them together; during a terrible time she’d unexpectedly enjoyed so much. She’d thought about him a great deal after he’d been sent back to the fighting, and she’d missed him. She’d spent the rest of the war praying he would survive.

Her mother turned, wiping her hands on her apron. Her welcoming smile checked briefly when she saw her daughter wasn’t alone.

“Maman, this is a friend of mine. Constable Jerry Bailey. I met him in Belgium, if you can believe it!”

She looked pleased. “Ah, oui? And now he is all the way here. Formidable. You are to stay for supper, Constable Bailey?”

“Inconvenience? Pah!” Her mother grinned, pressing the palms of her hands together beneath her chin. “It is an honour to meet you.” Her laughing gaze slid to Adele’s. “Such a nice man you bring home, ma fille.”

“I agree,” she said, beaming at Jerry. How amazing that he was really here!

Her mother was trying very hard, she could tell, not to stare, but Jerry’s hand went to his cheek.

“It makes a statement, doesn’t it? Should’ve seen it before your daughter put me back together.”

“She’s just being modest. The doctor might have done the sewing, but she made sure it stayed together. Your daughter’s a hero in my books.”

Flushing with pleasure, she turned to her mother. “Where’s Guillaume?”

“He will be here any minute.”

The door swung open as if on cue, and Guillaume entered the house. He had his back to them, taking off his coat and hat. “Brisk night,” he said, starting to turn. “Smells good in here.”

Jerry took it, smiling. “Good to see you, old timer.”

“You know each other?”

Guillaume chuckled. “This young man is the reason I was able to buy your mother her new washing machine.”

Jerry held out his hands. “Guilty as charged. Not quite the accountant job I was planning, but it pays better.”

“You never heard me say I was carrying Bailey Brothers’ Booze?” Guillaume laughed. “Best whisky around. The last shipment sold out before I could even deliver it.”

“Good thing you have the fastest truck—and boat—around, then,” Jerry shook his head, still smiling. “This is a small world.”

Guillaume leaned in. “I heard what you and Dutchie did today. Brilliant.”

“We’ll do it for you next time, too. Keep doing it until the lesson’s learned.”

Her mother was watching the conversation, and now she stepped in. “Come and eat, everyone. Bouillabaisse is ready.”

Adele looked between the men, her mind bubbling over with questions, but she had no idea how to ask any of them. As Jerry held out her chair then took the one beside her, he gave her a pained, almost sheepish look.

“I’m sorry,” he said quietly. “I guess I should have mentioned my line of business. If it bothers you, I can go.”

“It … it doesn’t bother me,” she sputtered. “I just didn’t expect it. I mean, why would I? I never asked what you were doing. It didn’t come up.”

She liked that he asked that way. With his soft grey eyes so intent on her response. “What I think doesn’t really matter. Don’t worry about me.”

Something passed between them then. A sort of mutual understanding that warmed her all the way through. But it does matter. And I do worry about you. That’s just how it is between us.

“No, Jerry. It doesn’t bother me at all,” she said, realizing that almost nothing could bother her when he looked at her that way.