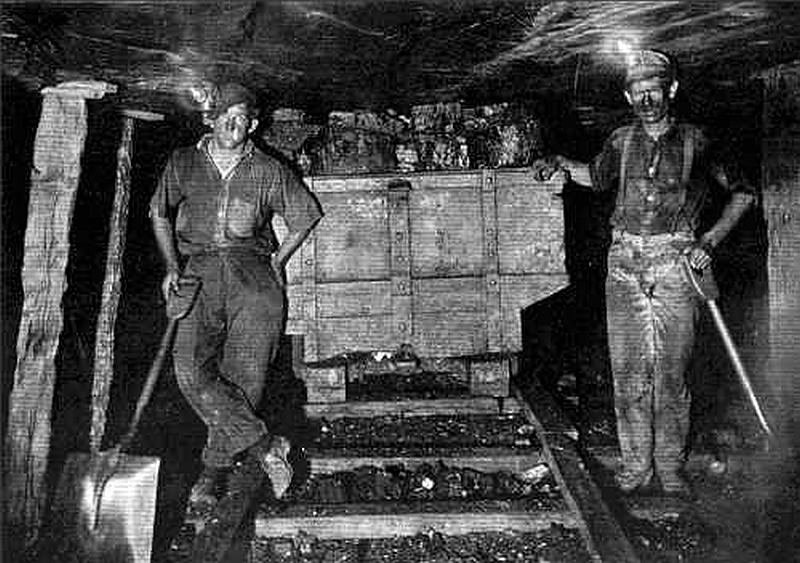 I wanted to include a little insight into both being inside a coal mine and the personality of Turtle Mountain itself. I really have never experienced any kind of blackness that comes close to what I saw when I took a tour of a coal mine and the tour director told us all to turn off our helmet lamps. I used to think people were exaggerating when they said they couldn’t see an inch in front of their nose, but I’m here to tell you it’s all true! I have added a couple of photos from nearby mines (I was in the Bellevue mine), since I could only find one of the coal mine at Frank. 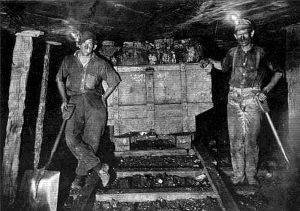 “How is it, up in the coal mines?” Ben asked Thompson one night.

“Beggars can’t be choosers, they say, but I can tell you it ain’t a treat to taste that coal dust all the time. Never goes away.” Thompson lit his pipe, sucking in from the corner of his mouth. “But it’s all right. Good men for the most part, and good hard work, though sometimes it’s not even that. Sometimes we get there and the coal’s already lying on the ground.”

“I’ve felt more of those bumps in the ground lately. You feel them up there?”

“Sure.” He chuckled, a rumbling deep in his chest. Ben heard a new whistle with it, hoped his friend wasn’t getting sick with the ‘black lung’. “I gotta say, thought I might lose my mind last week when my lamp died. It’s a scary thing when all that mountain’s over your head and a chip falls on your foot when you’re standing in pitch black. Never really felt that kind of panic before.” 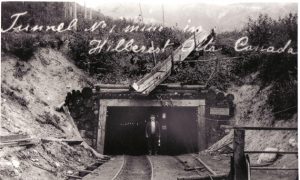 “What do you do if your lamp goes out? How do you find your way out again?”

“You can’t. Listen, Ben, you know when folks say something’s ‘black as night’? Well, I’ll tell ya, night time is bright compared to the inside of a coal mine. When my lamp went out, I couldn’t see my fingers in front of my face. I ain’t exaggerating. Most terrifying sensation you could imagine. Don’t know which way you’re facing, and even the ground where you’re standing feels different. Only thing that saved me from losing my mind was hearing the men in other tunnels, knowing I wasn’t alone in there. All I could do was call out and wait for someone to come by. Felt like an eternity.” He drew on his pipe. “Wasn’t easy going in there the next day, I can tell you that. And about those bumps … We set a stick in the beams at the end of the shifts, you know. Next shift we check it, see if it’s moved.” 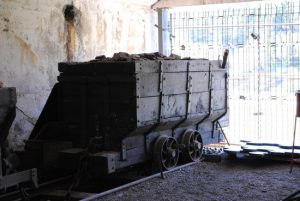 “It does every once in a while. Nerve-wracking is what that is.”

“Is the mining technique much different from gold? I mean aside from the fact that you’re inside, not out.”

“Sure. Whole different method. And the coal runs in vertical veins, so you’re cutting at a different angle. Took me a bit to get used to that. I’m paid regular, which is nice.” 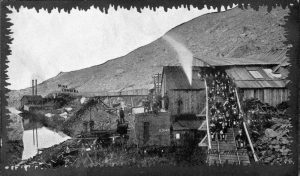