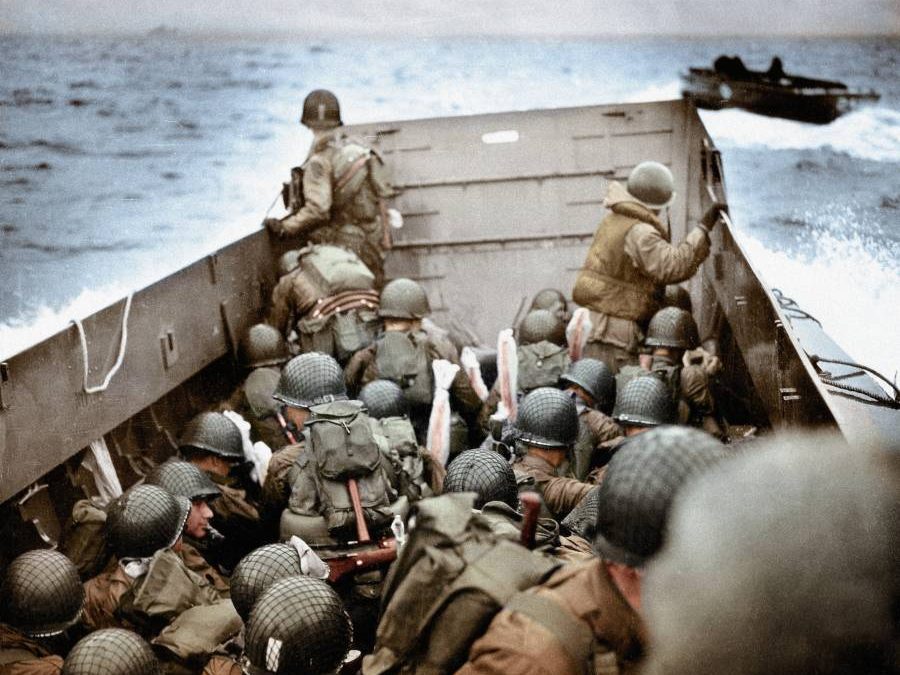 Nobody wanted to leap back into war. World War One had resulted in an enormous loss of life and a huge debt and, at first, Canadian Prime Minister William Lyon Mackenzie King had supported British Prime Minister Neville Chamberlain’s policy of appeasing the German leader Adolf Hitler. Most Canadians agreed, unwilling to fight again. But rising German aggression began to alert people around the world that something evil was happening and they couldn’t stand back any longer.

On September 1, 1939, when Germany attacked Poland, Great Britain and France declared war against Germany. One week later, Mackenzie King and the Canadian parliament reluctantly joined the fray. Initially Canada only sent one army unit, hoping to avoid the last war’s destruction, but it soon became obvious that more forces were needed. In 1940, conscription was introduced for home defence. Over the duration of the war, more than 1.1 million Canadians served, including  730,000 in the army, 260,000 in the air force, and 115,000 in the navy. Thousand more Canadians served in the Royal Air Force. By the end of the war, Canada, whose forces had started out relatively small, had the world’s fourth largest air force and the fifth largest navy. 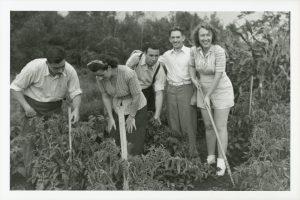 Canada’s home front was more organized this time. More women went to work in the factories, and many joined up with women’s service organizations like the Women’s Royal Canadian Naval Service, or the “WRENS” as they were called. The world had only just started to earn good wages ten years after the Great Depression had started, but there was a shortage of consumer goods. The government put a great deal of effort into successfully selling war bonds to almost everyone—including children, who could buy war savings stamps for twenty-five cents. As well, the children collected cooking fat, bones, milkweed, and aluminum for the war effort, and most yards were dug up and replaced with victory gardens.

Unlike in WW1, the Canadian forces did not see action right away. Forces were sent to defend Hong Kong (unsuccessfully) against Japan in December 1941. Forces stationed in England did not fight until 1943, when they were dropped into what would be the disaster of Dieppe. Battles involving Canadians continued for a large part in Italy until they were returned to fight on the Western Front. 92,757 Canadian soldiers of all ranks had served in the Italian campaign, and 5,764 had lost their lives.

The longest ongoing battle of WW2 was “The Battle of the Atlantic”, which I talked about in “Come From Away”. As major Allied ports, Halifax and Sydney, NS werecentral assembly sites for the large merchant navy convoys responsible for bringing crucial

supplies across to Europe. In the beginning of the war, German U-boats were the worst threat of the war, torpedoing and sinking ships with little opposition. In 1942 the navy began incorporating those merchant ships into large convoys which were defended by destroyers and corvettes, greatly reducing the casualties.

On 6 June 1944, the 3rd Canadian Division landed on Juno Beach in the Normandy landings in part of the Allied forces attempt to liberate France. The Canadians sustained heavy casualties in th

eir first hour of attack, but by the end of D-Day, they had penetrated deeper into France than either the British or the American troops at their landing sites.