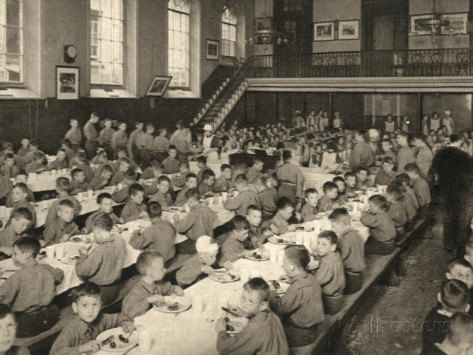 Besides the pain of being torn from their friends, Winny and Mary must also suffer the humiliation of the orphanage, and though some of this was included in the eventual book, some was not. 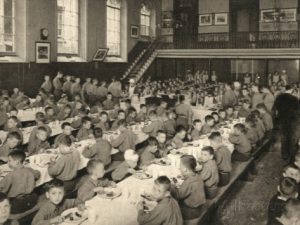 With no other options, Mary and she had walked as one behind the wimpled woman at the orphanage, their hands linked tightly together. So many questions flew around in Winny’s head, but she was afraid to open her mouth and let them out.

“Take off your clothes and put them in there, then you come over here,” the woman said, leaning over a large tub and indicating a bucket in the corner of the room. She pointed at Winny. “You first. Do it now.”

When all Winny owned in the world lay in a lump inside the bucket, Winny stepped into the tub the woman indicated, arms wrapped around herself. She screamed with shock when a bucket of cold water splashed over her head, and her shivers became quakes that nearly knocked her knees out from under her. The woman scrubbed her raw with a brush and a cake of soap while Winny tried not to cry.

“Keep quiet, girl,” she heard, then the woman handed her a towel and got to work on Mary.

When the baths were done, they were made to sit, and Winny gasped with pain as a sharp comb was scraped through the nest of her hair.

A clump of Winny’s hair tumbled toward the floor. Her hands flew to her head, but the woman pushed them away.

“I’ve no choice, girl. I could comb the wee beasts out, but your hair’s so thick the tangles would make it much harder on you. Never you mind. It’ll all grow back.”

She clenched her hands in her hair, blocking the woman’s scissors, so the woman yanked her head hard to the side.

Mary took Winny’s hands and squeezed as the woman littered the floor with Winny’s curls. When she was done she turned to Mary, and the same horrible process started up again. In disbelief, she watched Mary’s long black strands fall and mix with her own. Her hands went to her head, and her fingertips explored the coarse, unfamiliar terrain.

Bath and hair complete, the woman handed them each a navy wool dress then a white pinafore to cover it. A pair of tights and black shoes were stacked on top. Winny stared at the clothing in wonder, running her fingers over the well-worn material and looking for damage, for she had never before worn anything that did not have holes in it.

“This is mine?” Winny breathed, afraid to be wrong.

“Not anymore. From now on, your name is Four-Seventeen. When the number four-seventeen is called, you will respond. No one will call you Winny here.” She scowled at her. “What is your name?”

“Mary, you are Two-thirty-seven. Put on your clothes so we can go.”

The material was thick and heavy, and the black shoes squeezed Winny’s feet, but she was warm. That was good, because the air within the orphanage walls carried a definite chill.

Mary tilted her head sadly, looking Winny over. “It’ll take a while for me to get used to seeing that,” she said. “Your hair, I mean.”

They followed her up a narrow set of stairs, and Winny asked where they were going.

“Up, Four-seventeen. We’re going up,” she was told. “And that is your final question. You are not to speak another word unless spoken to.”

At the end of a corridor, Mrs. Ogilvie opened a door. Beyond it, white cots lined up in tight rows, squeezed between the walls. Too many to count, for Winny could only count to twenty. Certainly not to four-seventeen.

“This is your cot, Four-seventeen,” Mrs. Ogilvie said, leading her into the field of beds and along its thin path, “and this is your nightgown, which you will put on every evening after you quickly wash up after supper and clean your teeth. After that, every girl must kneel and say her prayers, then the lights will be put out and no one will utter a sound until the morning. Do you understand?”

She nodded, but she hadn’t really heard the instructions. She was still concerned about how on earth she would ever remember which bed was hers. They all looked identical.

“Now you,” Mrs. Ogilvie said, turning to Mary. She tapped her lips with her finger, thinking as she scanned the room. “Oh yes. Come this way.”

Mary gave Winny a helpless glance as she followed the woman to the opposite side of the room. Winny quickly followed.

“Here you are, Two-thirty-seven.” She stopped and glared at both girls. “Now listen closely to this next bit. If you are a bedwetter, you must stand at the base of your bed in the morning, holding your sheets. Everyone will see that you are a bedwetter, and you will see what a disgusting thing that is to do. After that, you are responsible for cleaning your sheet and making your bed neatly. Do you understand?”

Both of them shook their heads. Winny didn’t think she had ever wet a bed in her life, but now she was terrified she might.

“Do you have any questions?”

Winny could scarcely believe they were allowed to ask anything, and now she couldn’t think of what to ask.

“Where are the boys?” Mary asked.

“They are elsewhere. We cannot have boys and girls living together.”

“He is a boy. You are a girl. You cannot see him. Understand? Good. Come. Supper time.”

Downstairs was a long room with tables and benches already filled with identically dressed girls, and it seemed to Winny that every face turned her way when they came through the doors. She felt hot all over, burned by their stares and painfully aware of her sheared head, but Mrs. Ogilvie pushed her forward.

“Eyes front!” Mrs. Ogilvie shouted, and every girl at the table faced their bowl.

On the first night, Winny lay very still in her cot, nerves dancing over her skin. The room was pitch black, the air carrying little more than the sounds of bedsprings and girls sniffling, and yet she sensed someone coming toward her.

“You’re just a wee thing, ain’t you?” someone said. Winny jumped. The voice was a lot closer than she had thought.

“Look how scrawny,” said another, and Winny yelped when a finger jabbed into her ribs.

“She looks thirsty,” said the first voice in the dark.

Winny gasped when hands suddenly held her down, pushing her into the mattress. She shrieked then started choking when a glass of water splashed over her face, but the instant she made a sound, a hand slapped over her mouth.

“No, no, lassie. You’ll keep quiet if you know what’s good for you.”

The hand on her mouth briefly lifted as another glass of water drenched her face, then it slammed back down. Winny squirmed under the hands, panicked and soaked through, but she couldn’t move at all. She could barely breathe. Suddenly she felt a hard shove, and all the hands were gone. She sat up fast and gasped in air, trying not to cry, because that would make everything so much worse.

“Back away,” came Mary’s low, steady voice. “Leave her alone.”

“We was only playin’” said one, and a few others snickered.

“She don’t want to play,” Mary said smoothly. “And I ain’t good at playing. So leave her alone.”

As Winny watched, the white glow of the girls’ nightgowns appeared like ghosts before her, and she focused on Mary’s tall form. Two against one was never good odds, so she leapt up and stood beside her friend, shaking with cold but ready to do what she could. Her soaked nightgown clung to her body like a skin.

Mary stepped toward one of the bigger girls. “This your cot?”

Without a word, Mary took the girl’s pillow and replaced it with Winny’s wet one. “If you’d like to keep your sheets, I suggest you back away now.”

Winny held her breath, waiting to see if the bluff would work. After a moment, the other girl let out a breath and stepped back. “We don’t need to be fighting, Dolores.”

Dolores hesitated then turned back toward her cot, but Mary stopped her. “Actually, your cot’s over there now. This one’s mine.”

Dolores leaned into Mary’s face. “That’s not how we do things here, new girl.”

“It is now,” Mary said, her deep, odd sense of calm boring into the girl’s resistance. “I sleep here, beside my friend. Do you have a friend? Other than this one with the wet pillow, I mean.”

“Good. Your new cot is over there. Maybe you can find one of them there.”

Dolores’ anger could be felt through the air. “I will remember this.”

As days wore on, Winny and Mary got more used to the orphanage, how it worked, and how Mary wanted it to work. Something about Mary’s attitude intimidated the other girls, because even with her muttered threat, Dolores and the others never bothered to pick up the fight where it had left off.

The girls had exercises every day, rain or shine, then it was back inside for lessons, then chores. Winny got used to their strange ways of doing things, like washing her hands both before and after eating, though the idea of washing up before made little sense to her. It was the meal that got her messy, after all. But it did no good to question the women in charge, as she soon discovered. They held out rules like they were weapons, and if a girl disobeyed, they were quick to follow up with the strap.

Over time Winny was lulled into a sort of numb acceptance of their confinement by the daily routine, the cold grey walls, and the impersonal monotony of responding to a number rather than a name. She learned to keep her head down and do what was expected before it was even ordered, otherwise she’d feel that sharp cut of the strap across her back or the cane across her palms. They made a few friends, but it was difficult to think of any of the girls that way. Friends were supposed to laugh and play, but any laughter here fell flat against the walls.