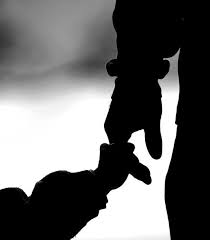 Little Nellie’s red curls bounced as she glanced back over her shoulder. “Fire, Grampy,” she explained. “Pretty.”

“Just be careful. Not too close.”

Eugene’s youngest looked a little like her Uncle Norman when she frowned that way. Almost like she was daring him. Her sister hadn’t been that way, but he’d seen it before. Danny turned a bit on his armchair, folded his arms over his chest, and gave her the answer she needed. Not the one she wanted, though. She mimicked him, laying one chubby forearm on top of the other.

Audrey and Elizabeth were in the dining room, chattering away like squirrels, leaving Danny to mind the rascal. He hadn’t had to teach this lesson before.

His mind went back twenty years, long before this one was even a spark in Eugene’s eye. The twins and Norman were new to the Shore, young and just learning about country life. The family had set up a bonfire by the water, and most of them were sitting happily around the heat, enjoying the rare moment of inactivity. Harry and Eugene, however, were off toward the shed, not showing any interest in the fire. Danny had risen, wanting them to join them in the fun, and that’s when he realized it wasn’t disinterest. They were actually showing a distinct reluctance to approach.

They’d been so small, so new to this country way of life. Their entire four year life span had taken place in a dirty, rundown shack in the middle of Halifax, so it had taken a bit for them to get used to the pace out here. Not that they were unhappy—far from it—but some things still made them a little uncomfortable.

Harry held up one hand, curled around a cup. “I have cider, Father. I don’t want to go over there.”

Danny glanced back at the group, who were laughing at something, generally having a good time. He scratched his head and regarded the twins, unsure.

“We’re all enjoying the night. Come on.”

He held out a hand, but the boys took each other’s instead and stood close together.

But it was cool away from the fire. It was dark.

“What’s the matter? What has you spooked?”

The boys exchanged a glance, speaking in the constant silent conversation that always amazed Danny, then they looked back at him.

His brother agreed. “Too big.”

Danny’s heart squeezed as he figured out what was happening. They were fine with the fireplace and with candles, but this bonfire—meant for everyone’s enjoyment—was too big. Too reminiscent of that morning in Halifax, when the world had exploded and they’d nearly been crushed in their home along with their dead mother. That morning when Danny had crawled through the splintered boards and shattered glass to drag the three of them into the wintry cold.

“I see.” Danny rose then walked behind the boys. He squatted and put his head between theirs so all three were staring across at the roaring flames twenty feet away. “It is pretty big.”

“It reminds you of that awful day, doesn’t it? Mm-hmm. So I can see why you’d be scared. Did you know that I was scared that day, too?”

They shook their heads, eyes wide.

“But I’m not scared anymore, and you don’t need to be either. That fire over there is not the same, you know. It’s a good, healthy fire, and we have it all under control. You just come and sit with your mother and me. As long as you’re with us, nothing will harm you. That fire is going to stay right where it is, and you’ll be warm and safe.”

It had taken a little more persuasion, then he’d taken both small, cold hands and led the boys to the fire. Audrey was balancing Norman on her knee, so Danny snuggled the twins on his lap. Before too long they were curled up against him, listening to everyone around them, joining in when they felt comfortable enough. Since then they’d eyed large fires with suspicion, but they hadn’t stayed away, and Danny thought that took a whole lot of courage.

Because he knew what the sound of gunshots did to him, and he wouldn’t wish that kind of thing on anyone. Since they’d come back from Halifax, Danny had forced his clumsy wooden leg through the trails from time to time, hunting for the family, but he’d found out the hard way that he could only do it on his own. He’d gone hunting with his brothers Tommy and Artie, and they settled into position, waiting for the ducks to land.

He’d been unprepared for the shock of their gunshots. When he became aware of where he was again, he was lying face down in the dirt, ten feet away from where he’d started, clutching his rifle to his chest as if his life depended upon it. Rivers of sweat poured down his face and under the wool of his shirt. His brothers were staring at him with a kind of fascinated horror.

After that he only went hunting on his own.

And now he sat staring at his fearless little granddaughter. What kind of things would haunt her? Would anything ever cut her so deep inside that the pieces would never quite tie up the way they used to? Could he erect a wall around this perfect, curious little soul, keep her safe from such harm?

Sometimes life just happened, pushing people this way or that way, leaving them unable to decide their direction. It didn’t happen all the time; people were sometimes able to dig themselves out and find different paths, different ways through. Not in his case, though—or not at first, anyway. No one could have prevented those things that had happened to him in France, then in Halifax. Nothing could have predicted the twins could have been so deeply scarred by that unthinkable explosion. He could do nothing for his little granddaughter but give her the bare necessities, and that knowledge just made it all seem worse in a way.

“If you touch fire or anything near it, it will hurt you, Nellie. You will burn yourself. You can go close to fire, but you cannot touch it. Do you understand?”

Her chubby little lips twitched as she considered. “Too hot?”

The answer seemed to work, for she turned back to the fire and plopped onto her bottom, content for now to watch from a safer distance. Danny felt a sudden, urgent longing for the little girl’s father. For the three of his sons to be in this room together, talking or not, it didn’t matter. He just wanted the three of them there in that moment.