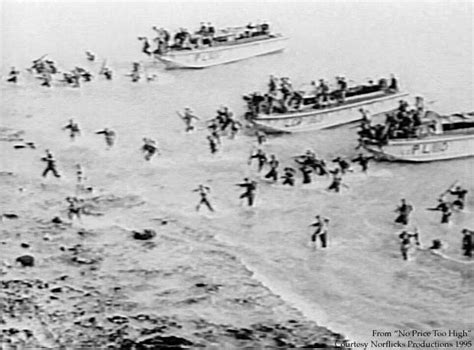 Before I decided to explore the Pacific Theatre during World War 2 (which brought me to the Battle of Hong Kong), I considered writing about Dieppe. I pictured Max and the others just before the landing, and I tried to imagine what that might be like. The thrill of finally fighting … and the terror going into a completely hostile unknown. 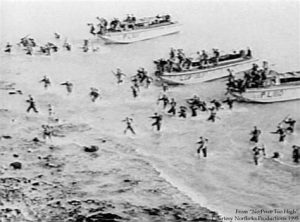 They’d been told that the military exercises in which they’d participated two months ago were now going to be carried out. That worried him a bit, because those exercises hadn’t gone well, he recalled. He could only hope the men in charge had figured out a better way.

They had the numbers at least. Spread across the water, a massive fleet of eight destroyers like the one on which he now stood waited like ugly metal islands, flanked by motor gun boats. Those were fast, efficient boats, but they were no match for mines, so the water around them was crowded with minesweepers as well. Beyond them were the motor launches, specially built to hunt submarines. And though he couldn’t see them from here, Max knew the landing crafts were there as well, flat boats that would be loaded up with thousands of Canadian soldiers, like him.

The evening was so warm a number of them were on the deck now, sitting beneath the stars, smoking, talking of this and that. Conversations tended to work around what they thought might be on the horizon, because nobody knew anything, and nobody wanted to admit they were afraid. Besides, even if they’d wanted to speculate, there wasn’t much they could say.

“What do you think?”

“Hey, Benny,” he said, sliding along the rail to make room. “It’s really something, huh?”

“It’s something, all right. Germans got no idea what’s about to happen.”

“I’m gonna catch some sleep while I can. You coming down?” Benny asked.

It was just after midnight, and the deck of the ship buzzed with cautious anticipation.

At about three in the morning, the men of the Royal Regiment crossed the gangplank to the armoured, amphibious landing crafts, which hung along the side of the transport ship. Thirty men fit onto each barge-like boat, and they jostled against one another as they were lowered onto the English Channel, ten miles from the beach they were set to invade. Max didn’t see Richie in his boat, but it was difficult to make out faces in this crowd of identical uniforms. He was here somewhere.

He should feel confident, Max thought. Spread across the water was a force of Allied landing crafts like no one had ever seen before. There were sixty in all, split into large groups assigned to attack specific sections of the long beach. If anyone on the shore could see through the dark, they would think the sea was quite literally covered in landing crafts. From everything they’d been told, their side was simply too powerful to lose.

They’d been quietly chugging towards their destination for over two hours when there was a sudden flash of light to the east. A flare shot over the water, flooding the landing crafts with light and blinding the men. Max ducked reflexively along with everyone else when an unexpected barrage of gunfire rattled through the air, then he dared himself to look for the source. What he saw took his breath away, and his grip tightened around his rifle.

“Jesus Christ Almighty,” one of the men muttered. “What’s a goddamn German convoy doing out here?”

“So much for the element of surprise,” Max replied under his breath.

Benny trembled beside him. Max could feel his arm against his through their uniforms. “This is bad,” he said. “Real, real bad.”

They were still miles from their landing point, but there was no way the Germans on shore could miss the firefight, and there was nothing anyone could do about that now. The great Allied secret was a secret no more. The sun was beginning to rise, and the German defenders, now alert to their presence, had filled the sky with flares. Gunfire strafed the water and the beaches.

All hell had broken loose, and the men were sitting ducks. Every second put them more in range. Bullets pelted the water like hail, pouring down on them from German snipers positioned on chalky white clifftops and caves that had been dug out of those cliffs, and as his barge neared the beach, Max stared in horror at the carnage he saw. He could barely hear their commander yelling over all the noise, ordering them to get to their feet, to Stand ready! to Fight for liberty! to Go with God! but suddenly their boat hit the beach with a jarring thump, and the ramp crashed down at the bow. When they began to rush forward, the man beside Max suddenly jerked backwards then collapsed, a bullet hole marking the centre of his helmet. It took a split second for everyone around him to recover, then they moved forward again as one. In a moment of clarity, Max understood that he might never leave this beach.

The men in front poured down the ramp and the ones behind leapt over their fallen friends. Every time someone jumped off the craft that man’s momentum pushed the boat backwards, so by the time Max reached the ramp he had no choice but to jump waist-deep into the freezing Atlantic. One step at a time he plunged his boots through the water, praying with every breath that he’d make it to the stone beach, praying that once he got there he might somehow find a path past the gun batteries clattering relentlessly with machine gun fire. So close now, but the surf rolled in behind him, catching him behind his legs, and he stumbled to his knees. The man in front of him never got up.