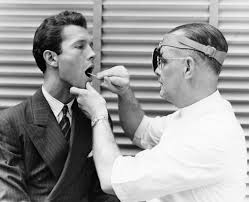 Harry didn’t know much about twins; he’d never met any other than his own. But he did know that he and Eugene were far more connected than any other brother or sister he’d ever met. Were other twins this close? He had no idea. All he knew was that it was like having his other half around when Eugene was there. And he knew his brother felt the same. That was understood.

Physically, God had made them identical. Both just a little over six feet tall, freckled, their bright red hair mellowed to a deep auburn. Like maple leaves in autumn when they’d passed their fiery stage. If someone asked, Harry would agree that Eugene was handsome in a rugged sort of way, but he sincerely hoped no one ever did, because since it reflected his own appearance as well, that would be arrogant to say the least.

Personality-wise, they were not the same. Often Harry wondered if that might have been different if not for the Explosion twenty years ago. If he didn’t bear permanent scars from that awful day, would he display some of his brother’s confidence, his cheekiness? Maybe he wouldn’t be so nervous about speaking up in front of anyone who wasn’t family. He’d definitely have had more luck with girls. No one could mistake one for the other now, thanks to those mutilating shards of glass. Unless he had his shirt off, people didn’t know the scars cut across his torso as well, but as as result of them Harry’s left arm occasionally went numb, causing him to accidentally drop what he was carrying.

One thing he knew for sure: if it wasn’t for the Explosion, he wouldn’t be in this particular embarrassing situation.

“No point in my being here,” he told Eugene.

“Pah.” His brother gave him a dark look. “Won’t make no difference.”

The Navy’s doctor had wanted them to go in separately, but Eugene had flashed that winning smile so they could both do the examination at the same time.

They took off their shirts, let the man listen to their healthy hearts, let him marvel over their identical blood pressure and whatever else. Then he’d told them there was ‘just one more thing’ and he’d handed Eugene a small wooden paddle.

Harry rolled his eyes at his brother. Here we go.

Eugene glowered back. You’ll be fine.

But the doctor asked Harry to put the paddle over his right eye and read the chart. And it was as Harry had known it would be: nothing but black. He felt the insane urge to cry, but he did not. He just blinked and handed the paddle back.

It took Eugene no time at all to run interference. “Don’t matter, though. Harry sees better than anyone through that right eye.”

The doctor leaned back against his desk, arms crossed, regarding Harry. “I did wonder about that scar.”

“I imagine you’ve seen a few like it,” he said.

To give him credit, the doctor did hesitate. But in the end, he’d have to fill in that chart.

Harry glanced at Eugene then pulled out his last card. It was worth a try. “I gotta do it, sir. For my wife. You see, I’ve been widowed the past three years. I gotta honour her memory.”

“Nice try. And I respect you for it. Doesn’t change the fact that you can’t see out of one eye, though. I’m sure you can honour her memory in a different way.”

Eugene was fiery in his brother’s defense, always had been. “He don’t need that eye, doc. He’s lived his whole life doing exactly the same things I’ve done, and between you and me, I’m the one who falls more often or misses things. Plus, I’ll be at his left. I’m always at his left.”

Harry looked away. He couldn’t argue with either of them. “He’s gotta do his job, Eugene.”

“Yep. You can’t always be beside me.”

Because of course Eugene would go. They’d both dreamed of joining the Navy ever since they’d been kids, watched the great ships roll up the harbour. On clear days they’d sat on the boulders by their dock and listened hard for the occasional command when it bounced over the surface of the water. When war had been announced they’d been among the first to head to the city to sign up. Their little brother Norman had gone too, but he hadn’t been interested in the ships. He wanted to be in the Army, saying he was relieved to get the opportunity to try something else. They’d been happy for him; sad to see him go.

Harry was trying to feel the same way for Eugene. Wanted to be happy for him. Wanted to clap him over his shoulder and congratulate him, send him on his way. Except he never could hide his feelings from his twin. Every expression he had was also used by Eugene. Didn’t mean he couldn’t put up a brave front, though.

“Dad will want me around here anyway. Someone to run the place.”

“You gotta be kidding me. You telling me you’re not going to be in this thing? You’re gonna sit back and listen to the radio and hear about the war instead of living it? No way. That’s not right.” Eugene’s desperation quickly flipped to pleading. “Come on, Doc. Give us a break.”

Us. It had always been ‘us’. If they were going to be honest, they’d both have to admit that not only were the brothers disappointed about not going to war together, they were uncomfortable about doing just about anything without each other. Harry saw his own apprehension clearly in Eugene’s eyes. The doctor would have seen it as well, but Harry knew there was nothing he could do about it.

“Sorry. No way I can put a man with only one eye in the Navy.” He frowned, reaching for a file. “But … I think I might have another option for you. They call it the Merchant Marine. You say you’re seamen, right?”

“Sure we are. Fishermen.”

“Well, as you probably know already, the government has conscripted all the regular merchant ships around here. I think there’s about forty of them right now, but I imagine they’ll be building a whole fleet more before this war is done. Anyhow, they’re using those ships to send valuable cargo to help win the war.”

Harry crossed his arms, and from the corner of his eye he saw his brother do the same. “You think they’d take a guy like me?”

“Sure they would. They’re looking for able-bodied seamen, and they’re looking for a lot of them.” He frowned. “It’s not a regular shipping duty, you understand. These ships will be targets for the Germans. U-Boats, warships, planes … they’ll all want a piece of you. That scare you?”

“No, sir. I don’t see it as scary so much as something I gotta do for my country.”

“Hang on,” Eugene said, eyes narrowed. “The ships are armed, right? I mean, they’re not just sitting ducks out there.”

“Yes, they’re armed, but they’ll also be defended.” He tilted his head towards Eugene. “That’s the Navy’s main job: escorting the convoys back and forth.”

“Ports all over the place. You never know where your ship’s bound until you’re out to sea, because they don’t want the wrong folks to get ahold of that information ahead of time.”

The brothers exchanged a glance, and Eugene smiled. What do you know? I’ll be looking out for you after all, little brother. Made Harry laugh. No one knew which of the twins was older, but they liked to play this game.

“Not sure of the pay, but I do know you don’t get a uniform.”

That was disappointing. They had admired the uniforms from afar. But at least this meant Harry would be a part of the war. It would kill him if he had to go back to working at the fish plant, reduced to dreaming of his brother’s adventures.