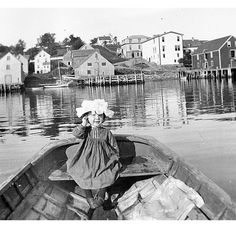 When I originally wrote the story, I saw it opening in Danny’s little house along the Eastern Shore of Nova Scotia. Life wasn’t easy for anyone in those days, and the fishermen never seemed to catch a break. Despite everything, families were close, working as a loving unit to get things done. I learned a lot about this rugged area when I wrote this section, and I would like to extend a big thank you to Harold Baker of Jeddore, and to the volunteers up at Memory Lane Heritage Village (http://heritagevillage.ca) for sharing their stories with me.

The memory of how it had all begun was so clear. That night when he’d learned his life was about to change. It felt as if it had happened the day before, not back in 1914. Another lifetime.

There had been talk. Lots of talk. They just hadn’t paid much attention to it. The papers had hinted at faraway verbal battles, political tension strung like barbed wire all over Europe. But it was nothing more than words at that point.

Danny had read some of the stories, and it was interesting reading—to a point. Didn’t mean much to him or his brothers, though. Their days were already spilling over with busy. No time or need to contemplate something like that. Danny, Johnny, and Thomas, the three oldest boys, were up every morning but Sunday at 4 o’clock, working the sea with their father all the way from May to October. The tide came in and the fishermen went out, one or two at a time in their ten, twenty, or thirty foot boats. They shoved off into the icy Atlantic in pitch blackness, dropping in traps, hauling in nets. April and May was mostly lobsters. On a good day they’d head back to the cannery in Jeddore, their dory heavy under the weight of more than a hundred pounds of snapping, bubbling lobster. Five cents a lobster they’d get. The mackerel came in May and June, and the rest of the season was spent throwing in nets and hand lines for cod and herring. Sometimes halibut. Halibut was a great catch. One amazing day his father had wrestled in a 260 pound halibut, then sent it of on his friend’s truck, the only automobile in the whole area. For his catch, Danny’s father received three cents per pound. The dealer got four cents.

When they were done with the fishing, they headed to the wharf where they—along with the wives and older children—cleaned and salted the fish. They dumped the finished product into huge barrels from down south that no longer smelled the least bit like their original cargo of molasses. The barrels, sometimes weighing up to two hundred pounds apiece, were then shipped in a larger boat, headed to the four or five fish dealers in Halifax. Sometimes, when the fishing was real good, the men only caught a couple of hours sleep before the tide rolled in, then they set out again.

Danny figured his mother worked even harder, though he’d never admit that. While the men froze and fixed, she was in constant motion around the house, the yard, the garden, the children. And when the men returned, she was ready for them, providing food, warmth, and clean clothes. On the other hand, she didn’t usually put her life in danger. Danny had heard far too many stories of men who had sunk into the black maw of the Atlantic and never come up for air.

The rainy week was done, and Danny felt relief to the chilled marrow of his bones. The hard work was something he could deal with. In fact, the burn of his muscles as they strained to pull in a catch, well, that was a satisfying kind of pain. But the cold and the wet just got inside a man and stayed there, filling his pockets and the seams of his coat, weighing him down. As if he’d sink faster on a day like this.

“Hello, boys,” their mother said, leaning in for kisses as the men stomped inside. “Go wash up now.”

She never asked how their day was. Danny wasn’t sure if that was considered bad luck, or if she just didn’t care to know. All she needed was to see four men go out and four men come back in.

Saturday night smelled good. His mother made a huge pot of baked beans every Saturday, getting them properly cooked for the Sunday family supper. The aroma seeped out the front door and slid down the stairs so the fishermen smelled it as they coasted in from the sea. Sunday was the day they could be human, breathe a little of that fishy air from a more comfortable chair. The saying went “if you drive nails on a Sunday, you’ll be driving nails into your coffin.” Whether that was true or not, Danny didn’t know. But it seemed a perfect excuse.

The Bakers were a fishing family. That was all they’d ever known. Danny had started working the nets when he was no older than ten. Jimmy Fahie and Fred Murphy had been there with him, floating on that frigid sea. They’d cut holes in the ice and jigged for smelt when they were six or seven years old. A dozen years ago.

The four men, their hands and wind-burnt faces cleaned, wet hair combed back, and clad in dry, everyday clothes, sat in the dining room. As they waited for their mother to bring out the meal, Johnny absently rubbed the base of his thumb where a Norwegian jig hook had stuck earlier in the day, and Danny tugged at his cuff. His gloves had worn against his wrists all week, chafing.

They both sat up and watched their younger brothers trail behind their mother like ducklings, carrying steaming bowls to the table, then taking their seats. As one, everyone bowed their heads.

The voice of the Reverend Daniel Baker Sr, whether used in prayer or on the boats, reminded Danny of the inevitable rise and fall of the sea under their hull, raising them up and dropping them down again. The gentle clanking of cutlery on china was a familiar, welcome sound. As serving bowls were passed and the levels of food lowered, the family began to talk, discussing the day, the week, the weather. At the end of the meal, Daniel Sr cleared his throat and stood.

“I’ve something of great importance I must share with you tonight.”

The family waited in silence as he picked up the newspaper, rolled neatly by his plate, then took his time unfolding the pages. The paper had come in the day before, but they hadn’t had time to look it over yet. They usually had one, maybe two newspapers delivered every week, and these were passed from hand to hand after their father finished. Reading it out loud wasn’t the usual thing.

Danny glanced at his mother, but unlike the rest of them, she was staring into her lap. Her face looked unnaturally white above her plain black dress. But Daniel Sr didn’t read out loud. Instead, he opened the newspaper and held it up so the front page was displayed to all.

No one said anything, but the children looked at each other with wide, expectant eyes. It was Ross who spoke first. Ross was eight, with the careless courage of a lion cub.

Johnny was next. He was fifteen and smart as they came. Always one step ahead of anyone else. He frowned at his father. “So what? The war’s in Europe, ain’t it?”

“Isn’t it,” their mother corrected automatically.

Their father nodded. “It is indeed in Europe, son. However, the long arms of Evil have embraced our beautiful country as well. Canada is allied with Great Britain. That means if Great Britain is attacked in any way, the brave men of Canada go to defend her. This newspaper tells us our allies were attacked. Therefore, Canada goes to war.”

Daniel Sr lifted his chin and stretched his mouth into a line as flat as the horizon. Then he turned toward his eldest son.

“In order for men to enlist in the Canadian army,” their father said, “they must be at least seventeen years old.”

Danny sat up taller. Comprehension tickled through his brain like electricity.

“My son, time and tide wait for no man.”

Danny was eighteen. He was going to war.