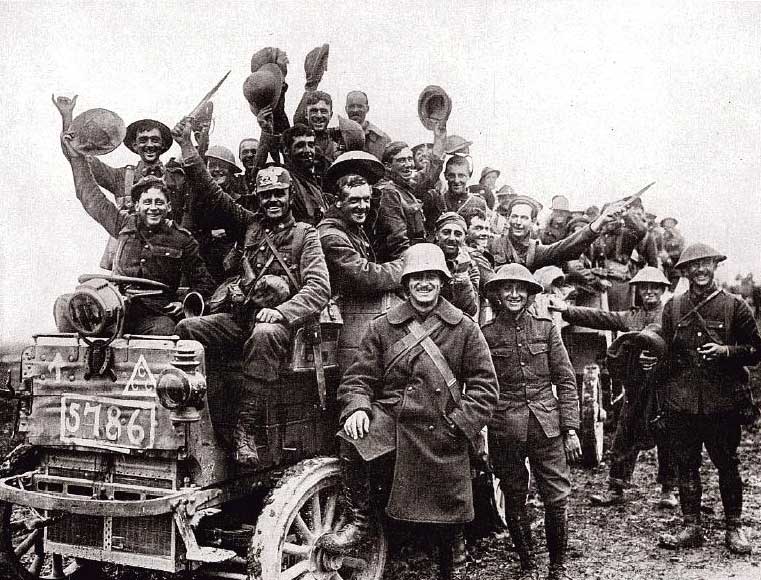 Very rarely did soldiers get away from the war to enjoy the luxury of a little rest. When they did, the breaks were too brief for them to find themselves again, to deal with what was happening around them—and in them. Here’s how I thought a conversation might go with a troop of soldiers walking along a road, on the way to a rare few days away from battle. 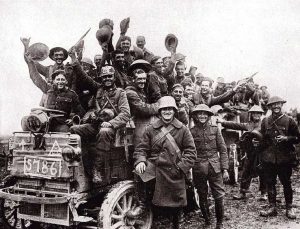 The road wound through pretty countrysides flowering with the pastels of spring. A few miles beyond, men slaughtered men and churned the earth to dirt and blood. The 25th trudged along the road in their worn leather boots, kicking gravel with tired steps. Danny thought the sound was somewhat like the noise Mick made when he ground his teeth in his sleep.

“What you gonna do first?” Mick asked.

Mick was about a foot shorter than Danny’s six foot, two inches. They marched beside each other with Mick squinting up at him against the late afternoon sun.

“First?” Danny asked. “You mean we have a choice?” He could barely remember the last time he had been allowed to make a decision on his own.

Mick shrugged. “I dunno. But if we did have a choice, what would you do first?”

“I’m gonna get myself a dance,” Berry mused, grinning over his shoulder at Danny. “A woman with something I can hold onto, you know?”

“Who said nothin’ about being gentlemanly? I got no plans to be gentlemanly.”

“We’ll try to find you a sheep,” Tommy suggested. “Will that do?”

Mick snorted. “You’ll never get a dance, Berry. You gotta woo the ladies, not shove ‘em around. Did no one never tell you that? You can’t just tell ’em what to do.”

Berry glared at Mick, but kept walking. “So all of a sudden you know what the ladies want, huh Romeo? And what’s that?”

“Well, I know what my Gina likes,” Mick said, and Danny saw a dimple pop up on Mick’s cheek. Mick was always talking about Gina, and he always got that dimple when he talked about her. Unless he cried. Then the dimple disappeared into the palms of his hands.

“Yeah, yeah,” Berry said, his voice gruff. “I bet I could get a good dance outta Gina.”

“The first thing I want,” Danny interrupted, “is a beer.”