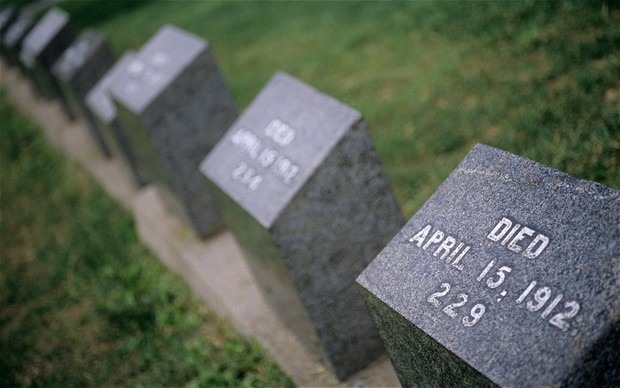 Nova Scotia is surrounded by a huge number of shipwrecks. In fact, I read online recently that it has over 25,000, though that number is probably low since some were never recorded. The most notable wreck, of course, is the Titanic (April 1912), which sunk off Newfoundland. Many of the bodies were brought to Halifax and were buried there—in fact, three Halifax cemeteries contain Titanic victims (http://www.novascotia.ca/titanic).

With all the shipwrecks and the old way of thinking, ghosts were bound to come up in conversation. This was Audrey and Danny talking about ghosts as they walked to Madame Hartlen’s home for the portrait session. The conversation brought Jimmy and Fred to Danny’s mind. Were they out there somewhere? Because he thought he could hear them. 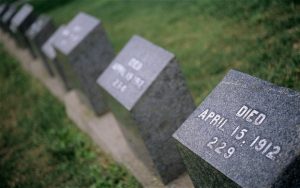 Hartlen Settlement was an hour’s walk from their home. Rather than carry the easel and all the supplies, they dragged their wagon, which they loaded up with supplies and food. They were lucky with the weather. It had been storming for a couple of days, but the heat of the day held the clouds in place as fog, not rain. The trail on which they walked couldn’t in all fairness be called a road. For one thing, it was narrow and pockmarked with holes, constantly erupting in stubborn rocks. For another, there was very little need for a road. The post man rode his horse this way tri-weekly, and the occasional traveller paid for a bumpy wagon ride up the scenic coast, but for the most part this was just a walking trail. It followed the lead of the shoreline, dipping in and out like fingers on a hand, offering a view of the ocean or the trees in turn.

“A lot of ships go down in weather like this,” Danny said. He leaned against the wagon as he pulled it, meaning he didn’t need his crutch. But it was packed into the wagon just in case.

“I imagine so,” Audrey replied.

“There are a lot of wrecks just out our way, you know. We’ve had a lot of them hit rock and go down. Why, only five years ago, that great ocean liner, the Titanic went down just past these shores. Have you heard of that?”

“What, the Titanic? Of course.”

“Can you imagine that happening? When she went down they had to bring loads of bodies into Halifax. They made hundreds of coffins and fit bodies in wherever they could until they could bury them. And that sure wasn’t the only ship to go down over the years. I guess our little piece of paradise is a graveyard for ships and their passengers.”

She frowned. “Have you seen any shipwrecks yourself?”

Her frown focused on the uneven ground in front of their feet. “Tell me a story.”

“You won’t be too scared?” he teased.

“Pah! I’ve seen ghosts, too. They’re in houses and castles all around England. But how could you see ghosts when they’re in the sea?”

“My brothers and I have all seen the ghost ship. It sails up the Oyster Pond harbour at night with all her rigging up. You can even hear the ghosts on it. I haven’t been able to understand a word they’re saying, but that’s because people say the boat’s from another country, and they’re probably speaking a different language.”

“There’s another ghost nearby here. She walks all alone in a long white dress, like a bride. Folk say she knows where to find buried treasure.”

Danny shook his head and flashed her an evil grin. “Nope, but I’d like to. She has no head!”

“Yeah, well, that’s what people say,” he told her.

The wind picked up, lifting her curls, forcing him to watch his balance, and the whisper in the trees made him think of other ghosts far away, still marching in uniform. Would Jimmy and Freddie be wandering there? Would they recognize each other, be together in the end?

God, he missed Jimmy. He loved Audrey, no question of that, but sometimes a man needed the company of another man. Danny had that with Johnny, sure, but it was different because they were real brothers. Danny and Jimmy had become brothers because they’d decided to be brothers. Danny let his mind stray, listening for a sound in the trees, bouncing off the ground, then off the trunks and leaves, and he thought he heard it eventually: his own voice, years before, and Jimmy’s alongside. They were laughing, their feet brushing through trails they made themselves.

It felt better, believing Jimmy’s ghost wandered here, not there. So he clung to the dream as he walked with Audrey, reached for it every time he saw a place where they’d played or fished or swam or hunted. It didn’t really matter after a while that Jimmy couldn’t speak to him, because Danny knew what he would have said. But he still missed him.

Danny walked Audrey to Madame Hartlen’s every day for three weeks, until the portrait was done. While Audrey stayed inside with the old woman then later sat in a room by herself, perfecting the portrait, Danny cut firewood and kept busy doing whatever else he could think of to help out around the place. When the painting was done, Madame Hartlen presented Danny with an envelope, which he didn’t open. That wouldn’t look right, he didn’t think. He knew she’d up the payment to four dollars, since he’d added a frame to the painting in the end, and he didn’t figure the old woman would cheat them after all the work they’d done.

He opened it on the way home, when they were out of sight of the house, then pulled out not four, but five dollars.

“Would you look at that!” he exclaimed. “Guess she liked your work, sweetheart.”

Audrey flushed with happiness, and it made Danny smile to listen to her talk all the way home.

“Do you really think it was a good likeness?”

“Did you think the colour of her eyes was right? Should I have used more ash grey?”

“It was hard to tell from her expression. Do you think she liked it?”

Danny chuckled. “Of course she did. She paid you, didn’t she? Here, let’s take a look at that money again.”

They spent the evening with Danny’s family, talking about the day’s adventures, laughing and enjoying each other’s company. It was a good night. A night when Danny could banish his darker thoughts for a while, and the easy companionship lifted his entire spirit. Never high enough, though. There was always that cold, rusting anchor pinning him in place, reminding him of what a disappointment he was.