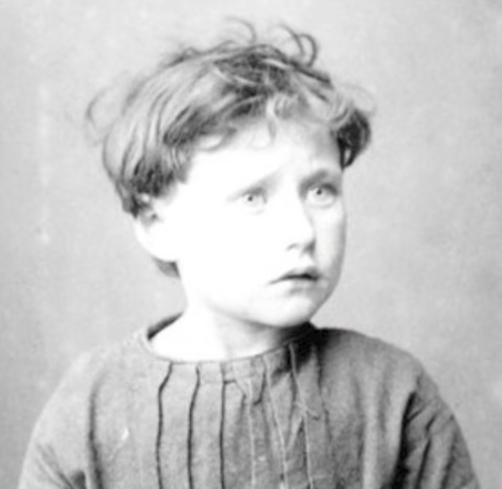 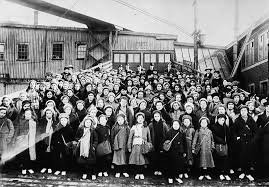 The Industrial Revolution, which began in the 18th century in Britain, was one of the most influential times in world history. Progress changed the way people existed. Included in that change was major urbanization. Lured by the promise of opportunity, jobs, and prosperity, tens of thousands of people left their rural lives behind and brought their families to the cities. Of course, those opportunities turned out to be fewer than anyone had hoped, and the lack created a terrible poverty. Desperate parents, unable to feed themselves or their children, were often forced to send the little ones out to work in a society that, until the late 1880s, had no protective labour laws for children. Even then, many families simply could not afford to feed all the hungry mouths, and thousands of children ended up on the streets, or in orphanages or workhouses.

From that need arose the benevolent agencies who made it their mission to rescue these children. Dr. Barnardos was only one of many organizations dedicated to bringing in children who they felt were not being cared for, and creating havens where they could be housed, fed, clothed, and educated in trades to prepare them for someday leading productive lives off the streets. The trouble was, there were just too many children. The buildings were straining at the seams. Something had to be done.

Between 1860 and 1868, social reformer Maria Rye, founder of the “Female Middle Class Emigration Society”, was largely responsible for sending middle class women to Canada, Australia, and New Zealand to work as domestic servants. After seeing success in that venture, she shifted her attention to the destitute children living on the city streets. She coined the term “Gutter Children” and resolved to do for them what she’d done for the older women, training them, then sending them to the receiving home she had purchased in Niagara, Ontario. From there, the children were distributed to families across Canada as domestic servants. In 1870, Scottish Evangelical Quaker, Annie MacPherson began buying and filling receiving homes in Canada. The homes were also used by various other philanthropic groups involved in the child emigration scheme such as Barnardo’s and Quarriers. 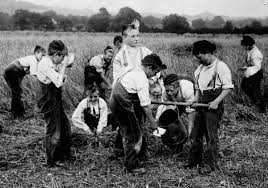 Why Canada? Because Canada needed help. Life in Canada in the 19th and early 20th centuries was as rural and as isolated as it could get. Families aimed to have large families so to produce ready made farm hands (eventually), but the rate of child mortality was very high, and they couldn’t keep up. It must have been a wonderful thing to hear they could pay so little to get help on the farm, and since the helping hands would belong to children, it was assumed they wouldn’t require much food or care. When Canadians saw the advertisements, they quickly sent in applications to get their very own British Home Child. In fact, the sending agencies couldn’t keep up with the requests—at one point Dr. Barnardo said there were seven applications for each child, and those application fees were non-refundable. Think about that. From those fees alone the benevolent doctor would have raked in about $20,000,000 in today’s currency. To try and fill that need, children were being taken from families which the organizations declared to be unworthy. In fact, only 2% of the British Home Children were actual orphans. The children were assured that being chosen to go to Canadawas the chance of a lifetime. Canada was a land of opportunity, offering adventure, income, and hope. Their future “masters” signed contracts, which committed them to care for the children as well as house them, feed them, clothe them, and send them to school. But when you look back through a historian’s eye and consider the world these children were going to, with its poverty and short growing season, the frustration of unreliable soil and water, and the terrible struggle posed by the Great Depression, one can see how things might escalate.

But other than the “masters”, Canada did not generally want these children. They regarded them unfairly as contagiously diseased criminals, pariahs on the country’s already meager coffers. The Honourable Frederick Nicholls, member of our Canadian parliament who served, among other things, on the Standing Committed of Immigration and Labour wrote many disparaging articles about the children, including the one I quoted at the beginning of the book:

“These waifs and strays are tainted and corrupt with moral slime and filth inherited from parents and surroundings of the most foul and disgusting character, and all the washing and clean clothes that Dr. Barnardo may bestow cannot possibly remove……There is no power whatever that can cleanse the lepers so as to fit them to become desirable citizens of Canada. Further it was stated that Dr. Barnardo was doing a great wrong in dumping his human warts and excrescences upon Canada.”

Things quickly got out of hand. The concept of sending tens of thousands of little children into a country as vast as this was bound to result in severe consequences. The organizations’ representatives, assigned to checking on the wellbeing of the children, were too few, and tens of thousands of those children fell through the cracks. Countless children were neglected and abused. I read of cases of 11-year-olds committing suicide. Many died – and some were killed in the most brutal way, such as fifteen-year-old George Everett Green.

Over 120,000 of these children were sent to Canada between 1869 and 1948. Fair to say, that’s a substantial number! Why then, do we not know more about them? Humiliated and carrying the stigma of “home child” with them, many of the children chose to keep the truth of their lives secret, even from those they loved. Knowledge of them became more common after genealogy became more accessible and mainstream. But why is this not taught in Canadian schools? Are these children not worthy of mention in textbooks or in classrooms? It is my sincere hope that one day our education system will include the story of Canada’s British Home Children. They were an important part of our country’s history and should never be forgotten.